"I was going to the race track in my mother's belly," Hector Jr. said. "It's just something I wanted to do. I loved it. I'd seen my dad do it.

I put in all the work and time, and I knew I wanted to ride one. I have pictures, as a baby, still in diapers on the bike.

It's just something I wanted to do". 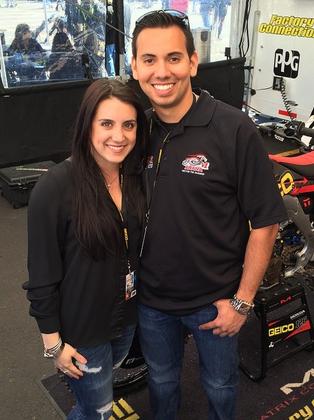 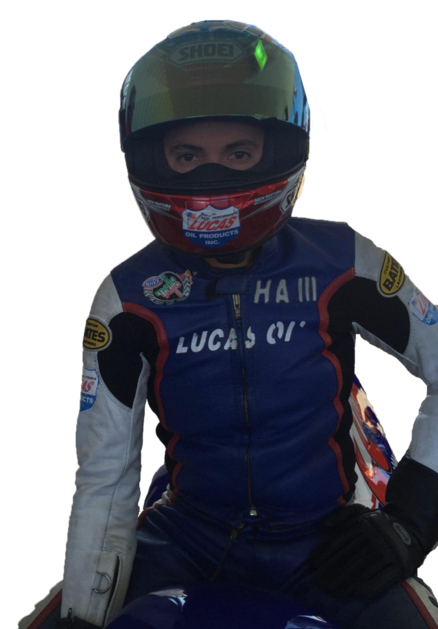 Lucas Oil rider Hector Arana Jr. has finished in the top five of the Pro Stock Motorcycle standings in each of his five seasons in the NHRA Mello Yello Drag Racing Series, but he wants more.

"I want to win, I want that trophy," Arana said. "I want to go down in the books as being one of the best Pro Stock Motorcycle racers there was. I know I have a long way to go, and there are a lot of big names in front of me, but that's one of my goals."

His dad, 2009 Pro Stock Motorcycle champion Hector Sr., believes his son can be one of the best ever.

"Hector is young enough that he can break a lot of records," Hector Sr. said. "We started well, but the last couple of years we seem to struggle in the Countdown. We've talked about it, and we need to approach it differently so we don't lose a chance at winning another championship.

"But I strongly feel that once we cross that hurdle, Hector is going to win plenty of championships."

Arana has already built an impressive résumé in the class during his first five seasons. He has won 11 times in 80 races, piling up a 129-68 round-win record. Plus, he has qualified No. 1 18 times.

But perhaps most impressive is his consistency in the points battles. He finished second during his stellar rookie season in 2011, third in 2012, fourth in 2013, third again in 2014, and fifth in 2015.

"It means a lot," Arana said. "It means we have a consistent team that we've been able to finish in the top five for five years now. We've got to work on lowering that number and bring in some championships.

"We're good during the first part of the year, but we've got to work on keeping up a more consistent package for the whole year. We need to be able to come even stronger during the Countdown."

That is one of Arana's goals for 2016: To perform his best when the six-race Countdown to the Championship begins.

In addition to racing well for himself, Arana wants to reward sponsor Lucas Oil for its commitment to the team and reward his dad for keeping the team running well.

"I want to perform well for my sponsor, Lucas Oil," Arana said. "They support us and have supported us for a long time, so that's another driving force for me and my team.

"I want to win for my dad and all the hard work and dedication he puts into the bike and the motors. I want to do my best every time."

Arana saw some big changes in his life in 2015. He moved to New York before the season to start a new job with Curtiss-Wright, an engineering company in the Northeast, and then he asked longtime girlfriend Nicole Nobile to marry him; the wedding is in the planning stages.

"I'm very excited to marry the love of my life," Arana said. "I have no regrets in making the move to New York, and I've enjoyed every moment of it. I wouldn't do it any other way. We have a house now, and the engagement has been going well — Nicole has most of the plans done already!

"This year should be very smooth. It'll be a little more relaxed for me since I'm settled in New York and our house is finished. I can focus on doing better in 2016. I guess I wasn't as hungry as I was in past years, so I need to go back to the old ways and go for the kill at every race."