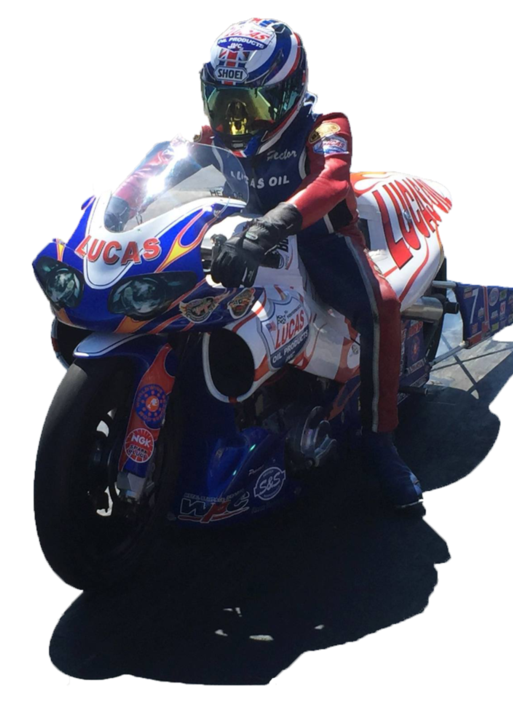 "It's a dream come true," Arana Sr. said of racing alongside his sons. "It's something that when I look back at when I first started,

I just had a street bike, and I had

seen those fast bikes with the

wheelie bars and how

fast they were going.

That was my dream.

That was what I wanted."

Lucas Oil Buell rider Hector Arana Sr. enters his 27th season of Pro Stock Motorcycle in 2016, and while the veteran still looks ahead to winning races and championships, it is only natural to reflect on his long career.

Two seasons in particular stick out for Arana, and for drastically different reasons. The first is the 2009 season, when he earned his first championship, and the second is 2011, when he watched his oldest son, Hector Jr., win three races and finish second in the points standings during his rookie year.

"That was special," Arana said of 2011. "He struggled a little bit in the beginning, but he learned how to handle it and handle the pressure. After that, he became unstoppable. For someone who had never been on a bike to end up No. 2 and win three races, that was awesome."

Arana later raced with both sons in 2013 and 2014 when Adam joined his dad and older brother on Lucas Oil-backed motorcycles.

His two sons were also a part of the team during a spectacular 2009 season. After Arana broke through with his first career victory in Norwalk, Ohio, in 2008, he was the man to beat the following season. He qualified No. 1 eight times and raced to six final rounds, winning five times. He clinched the championship at the final race in Pomona, Calif.

"I can't forget the 2009 season," Arana said. "That was a big accomplishment that year to win the championship. A lot of things had to happen in order for me to start getting those points and get ahead - not just winning, but also setting the national record. All that came into play, and it came down to the semifinals in Pomona, where I won the championship."

Arana has been a mainstay in the class since 2007, and he has been a partner with Lucas Oil for many years beyond that. He returned to the winner's circle in 2015, storming to victory at Atlanta Dragway. He also raced to another final round, in Chicago, before losing to son Hector Jr. The Lucas Oil team won three times in 2015, and theirs were the only Buells to win a race.

For 2016, Arana hopes to switch to a new EBR body, one that he believes could help propel the team to new heights, but testing must be completed before the switch is made before the first race of the season.